FxBrokerReviews.org – The origins of Bitcoin Diamond began in November 2017 with Bitcoin miners known as “Team Evey” and “Team 007,” who were unhappy with the way the Bitcoin Core protocol functioned. Even though Bitcoin was the first cryptocurrency to gain widespread acceptance, many people believed that it fell short of fulfilling Satoshi Nakamoto’s initial vision, which included rapid and affordable transactions for all amounts, impenetrable privacy protection, and accessibility for new users. These were the areas that proponents of the Bitcoin blockchain hard fork regarded as opportunities to try to improve upon Bitcoin’s perceived flaws.

WHAT IS A BITCOIN DIAMOND?

Blockchain and cryptocurrency technology is used by Bitcoin Diamond to offer accessible, reliable, and usable money to the world’s unbanked and underserved population. We envision a society in which everyone has an equal chance to amass wealth. However, 1.7 billion individuals are prohibited from having a bank account. Bitcoin Diamond aspires to release the imprisoned capital, intelligence, and creativity of the growing global population by serving as a quick and secure digital money. No matter where you live, you have access to a simple and safe form of currency with Bitcoin Diamond.

Wondering about the ways to get Bitcoin Diamond?

There are two ways to acquire Bitcoin Diamond tokens, much like all significant cryptocurrencies.

BCD coins can be purchased or traded on cryptocurrency exchanges like Binance and HitBTC in addition to being mined. As of block 495866, can use any safe Bitcoin wallet to store BCD before it reaches the predetermined height, in addition to the six verified wallets that Bitcoin Diamond supports.

The 1 MB block size limitation, which dates back to the early days of Bitcoin history, was seen by Bitcoin Diamond developers as a constraint on the technology’s ability to scale as the number of users increased. They thought that by increasing the block size, the volume of pending transactions would not cause the blocks to become clogged up like its mempool. Instead of this, higher block size was intended to boost the volume of transactions handled and result in quicker average transaction times.

In order to do this, Bitcoin Diamond supported higher block sizes and increased the associated limit to 8 MB. Although the block time on both platforms is similar at ten minutes, Bitcoin Diamond aimed to accommodate eight times more data based on this increase. Additionally, it was planned to enhance block transaction capacity by five times.

The BCD is marketed as having a 100 transaction per second throughput when used in conjunction with the installed Segregated Witness mechanism.

In an effort to maximise network capacity and minimise the formation of isolated blocks, Bitcoin Diamond has increased the unit block size to enable more storage trading.

The BCD team also had to overcome community concerns that larger blocks might ultimately undermine Bitcoin Diamond’s decentralisation efforts due to the higher maintenance requirements for full nodes. This prompted Bitcoin Diamond to exert more effort in putting alternative methods into practice in order to enhance its performance.

In order to build a convincing enough environment for both real-time and high-frequency payments, Bitcoin Diamond needed to go another step because these numbers were still slower than the transaction speeds provided by payment processing companies like Visa or Mastercard. The Bitcoin Diamond team decided to use the Lightning Network as its second layer payment system on the blockchain as a result. In July 2018, this function’s implementation on the BCD network went online. In the same year, Bitcoin also began implementing the Lightning Network features.

With the support of the smart contract system, Lightning Network helps to manage these processes on the off-chain channel, enabling real-time transactions by moving a portion of transactions of the blockchain. The final state of the transaction is then verified using the blockchain itself. If there are a set of channels connecting the users, users on the network can transmit money to one another. Theoretically, this should resolve the issue of network scalability as user numbers increase and increase the supported number of transactions well above what Bitcoin Diamond could sustain without the Lightning Network.

Bitcoin Diamond also had a financial reason for implementing the Lightning Network because it wants to become the go-to cryptocurrency for parties conducting regular low- and high-amount payments. These subjects will arguably be protected from paying fees that surpass the cost of the transaction itself or whose confirmations take several minutes to a few hours thanks to the deployment of this mechanism on the BCD network.

Bitcoin Diamond concentrated its efforts on providing more inclusive mining with its platform as part of its aim to become a more accessible coin. It implemented a new Proof of Work technique dubbed X-13 on its network, making BCD currency mining manageable with less than ideal hardware resources. The users were able to mine their BCD coins using graphic processing units (GPUs), also known as graphic cards, thanks to this method.

Unlike the SHA-256 algorithm used by Bitcoin, Bitcoin Diamond’s X-13 makes life considerably harder for those who own specialist mining equipment, giving them an unfair edge over regular miners, according to the BCD developers. This renders all ASIC mining devices that use the Bitcoin algorithm useless for mining BCD. The difficulty involved in such an attempt will make it much more difficult for producers of this type of technology to develop comparable solutions specifically tailored for Bitcoin Diamond.

This will prevent individuals with specialised hardware from outperforming those with average equipment, and it will prevent the use of ASICs from jeopardising Bitcoin Diamond’s decentralised mining model.

Users are also encouraged to join Bitcoin Diamond mining pools, which pool users’ hashing power in an effort to make block discovery simpler. Each pool member receives a portion of the prizes. On its website, Bitcoin Diamond mentions six of these pools that are currently supported.

Bitcoin Diamond is a cryptocurrency that functions similarly to Bitcoin in that it may be used to pay for products and services.

Two distinct platforms were established by Bitcoin Diamond’s developers to simplify the purchasing, trading, storing, and using of Bitcoin Diamond tokens and coins. The first is BCD Pay, a multipurpose programme that enables you to send and receive money as well as swap and withdraw cryptocurrency for fiat or traditional currencies like the dollar and other cryptocurrencies. It functions as a basic wallet app for storing and using cryptocurrencies, with some added features including an integrated AI-based cryptocurrency tracker and a news bot for the cryptocurrency market. Additionally, this app enables vendors to accept payments in Bitcoin and Bitcoin Diamond for the products and services they provide.

The BCD Bazaar was the other site created by the people behind Bitcoin Diamond. BCD Bazaar is a web store where anyone may purchase goods using Bitcoin Diamond. The market offers a variety of consumer goods from renowned companies in numerous categories. It simplifies and expands access to cryptocurrency shopping. Within the BCD Pay app, you can also explore and purchase items from BCD Bazaar.

At first, Bitcoin Diamond intended to allay worries about what its creators perceived as Bitcoin’s inadequate privacy protection. To that end, they stated a desire to encrypt as much user data as they could. However, the Bitcoin Diamond team declared in the beginning of 2018 that it was abandoning its efforts to encrypt user data in favour of pursuing the Lightning Network’s quicker adoption. They do so because they believe that in the future, it will be impossible to conceal user data because all cryptos will be required by governments to do so. According to the Bitcoin Diamond creators, the same trend will prohibit businesses from embracing coins that offer their customers a high degree of privacy and anonymity.

However, this does not imply that Bitcoin Diamond has not made efforts to make its cryptocurrency more secure to use. To begin with, it made an effort to stop “replay attacks,” which entail recreating common transactions on the Bitcoin chain on the one used for Bitcoin Diamond. Despite the fact that the chains of these two cryptos have since forked, the attackers were still able to steal BCD coins from their users in this way. Therefore, in order to prevent the transactions involving bitcoins from being recognised as genuine on the BCD chain, Bitcoin Diamond has to modify its transaction format.

Is bitcoin diamond a good investment?

Although not the only hard fork with “better” features, Bitcoin Diamond aspires to be a superior version of Bitcoin. Bitcoin Cash (BCH), a rival, also enables quicker and less expensive transactions. Additionally, it has a market capitalization ranking 83 spots higher than Bitcoin Diamond and an almost ten-fold larger trading volume.

In comparison to fiat currency and credit cards, BCD positions itself as a quicker and more affordable option for international purchases. The network’s Twitter posts indicate that BCD creators are continually hunting for new businesses to promote the coin and even harbour long-term hopes for its widespread acceptance. Only a small number of digital asset exchanges actually offer direct BCD to fiat trading, despite this.

Difference between Bitcoin diamond and Bitcoin?

The Bitcoin protocol contained the concept that led to the creation of Bitcoin Diamond. When the number of Bitcoin users skyrocketed in 2017, the network experienced severe congestion. Back then, each Bitcoin block could only hold 1MB of transactions and was mined every 10 minutes.

Although demand vastly outstripped these caps, BTC miners were nevertheless able to complete transactions for much higher fees. The cost of BTC transactions rose, making the network unaffordable for small-scale transactions. They also grew uncomfortable slow.

In contrast, Bitcoin Diamond introduced updated technology and up to 8 times larger blocks, enabling speedier and subsequently less expensive transactions. The Lightning Network, a second layer payment mechanism that doesn’t keep track of transactions and so accelerates the process, was even adopted as part of the hard fork. Less expensive and more accessible little transactions.

BCD also become much simpler to mine for a larger audience. The hard fork supported crypto mining on graphics processors by using the X13 mining algorithm (GPU). The protocol disallowed ASIC, a pricey and potent mining device that is mostly utilised with the SHA-256 mining method for Bitcoin.

Pros and Cons of Bitcoin Diamonds

In order to be a more effective, more secure, and scalable blockchain than Bitcoin, Bitcoin Diamond was developed. Bitcoin Diamond “better supports Satoshi’s objective of maintaining Bitcoin decentralised,” according to the BCD team. People using ASIC mining chips and mining farms have a huge edge over those using CPUs and GPUs to mine bitcoin on the Bitcoin network. Therefore, Bitcoin Diamond uses an X13 Proof-of-Stake network to reduce the possibility of ASIC miners controlling the network and to prevent the network’s hash power from becoming centralised among a small group of users with the finest mining hardware.

In Naga reviews provide you with the complete knowledge about trading related topics.

The Bitcoin Diamond team felt that the high transaction fees, lengthy transaction times, and lack of scalability of Bitcoin made it inefficient, hence the network’s blocks are 8 MB in size and can handle 100 transactions per second.

No comments to show. 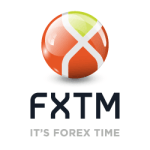 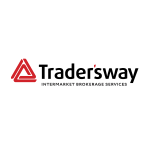 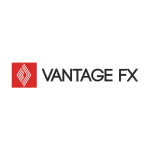